Legal professional privilege in the context of criminal investigations

Legal professional privilege applies equally in the context of criminal investigations in Malaysia. See for example the Malaysian Anti-Corruption Commission Act 2009 (Anti-Corruption Commission Act 2009) which provides, under Section 46(2), that no order of the court may compel an advocate and solicitor to disclose any privileged information or communication in respect of any property which is liable to seizure, for the purpose of any pending proceedings.

Section 22 of the Competition Act 2010 (the Competition Act) expressly provides that no person is required to produce or disclose any communication with a legal advisor which would be protected under Section 126 of the Evidence Act, unless privilege is waived by the privilege holder.

No. This position is untested in the Malaysian courts, and it remains to be seen whether the courts in Malaysia will specifically recognise communications with in-house counsel as being protected by legal professional privilege. Malaysia has no equivalent provision to Singapore, which has enacted Singapore’s Evidence Act (Cap. 97) section 128A to extend privilege to communications with in-house legal counsel.

This position is untested in the Malaysian courts. However, legal professional privilege is unlikely to apply to the correspondence of non-national qualified lawyers, pending further developments under Malaysian law.

This is because, under the Evidence Act, legal advice privilege extends to an “advocate”. Under the Interpretation Act 1948 and 1967, an “advocate” is defined to mean a person entitled to practice in Malaysia. As non-national qualified lawyers are not entitled to practice in Malaysia under the Legal Profession Act 1976, legal advice privilege would not extend to non-national qualified lawyers.

Generally, legal professional privilege is absolute and may only be waived by the privilege holder, save for situations where protection is eroded by legislation. For example, under Section 46 of the Anti-Corruption Commission Act 2009 and Section 47 of the Anti-Money Laundering, Anti-Terrorism Financing and Proceeds of Unlawful Activities Act 2001 (AMLATFA), an application may be made to a Judge of the High Court to order disclosure by an advocate and a solicitor in relation to an investigation to offences under the acts.

However, such disclosure is strictly related to information available in respect of any transaction or dealing relating to property liable to seizure. There are further provisions under both sections that limit the extent of disclosure to exclude any privileged information or communication which came to the knowledge of the advocate and solicitor for the purpose of the proceedings pending before the court.

There is no specific legal privilege applicable within the context of internal investigations, save for legal advice privilege under Section 126 of the Evidence Act and litigation privilege under common law.

No. Privilege is absolute unless waived.

No. As described above, Malaysian law has yet to specifically recognise that communications to/by companies and in-house counsel are protected by privilege.

b) Documents and Reports

Yes, if these notes, transcripts, or expert reports were considered as part of the provision of legal advice, or if the documents were prepared with litigation in mind. In order to preserve privilege over such work product, there should be explicit directions from the advocate and solicitor to the third parties before the third parties commence work.

Legal privilege can be waived in Malaysia if the right to privilege is not asserted or enforced. To prevent this from occurring, the privilege holder ought to make an objection and make the relevant applications to the courts in order to protect the document. In addition, it is important to clearly label and mark the relevant documents as “legally privileged” to avoid any ambiguity.

b) In data breach litigation, does a company ever need to rely on the findings of internal investigations, and if so, does that mean privilege has been waived?

Yes. If the company relies on the findings of an internal investigation in court proceedings, then privilege in respect of the findings is waived.

a)  Were there any data breach privilege cases in your jurisdiction in the last 5 years? If so, please provide details.

Generally, no. However, if the data meets the standards for legal privilege under Malaysian law, then it may be treated as privileged regardless of the approach taken outside the jurisdiction.

c) How is privileged data in your jurisdiction treated in the event of a civil/ criminal investigation outside the jurisdiction to ensure privilege is maintained?

If an investigation is commenced outside Malaysia, and if the relevant authorities from that jurisdiction attempt to seize the privileged data, the laws of to the jurisdiction in question are likely to apply as to whether the data is considered privileged or otherwise.

However, where there is ambiguity about whether the data would be considered privileged under Malaysian law, the privilege holder may consider making an application to the Malaysian court to make the relevant determination on this, including to obtain any relevant injunctions to prevent disclosure, as required. 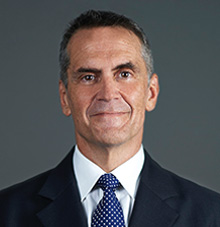 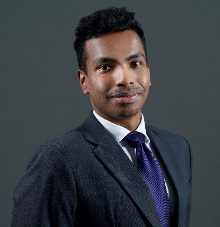