What is the role of the MAP?

MAP is a mechanism for tax authorities to discuss the cross-border taxation of specific transactions, with a view to coordinate their approach for the benefit of the taxpayer involved. This process is available under a tax treaty entered into by two or more countries.

When it comes to transfer pricing, article 25 of the OECD Model Convention on Income and on Capital (‘the OECD Model’), mirrored in most tax treaties that are currently in force, provides a mechanism for taxpayers to seek relief from double taxation. The provisions also allow tax treaty partners to negotiate bilateral and multilateral APAs.

Outside of transfer pricing, MAP can be used by taxpayers in any situation where there is taxation not in accordance with the treaty. Examples of issues often taken to MAP include:

Determining the beneficial ownership of the relevant income

Residency of a
taxpayer

Existent of a permanent establishment (PE)

Attribution of
profit to a PE

Classification of payments, such as interest, royalties or dividends

If tax treaty partners cannot come to an agreement on a particular matter, an increasing number of treaties provide the possibility for arbitration. 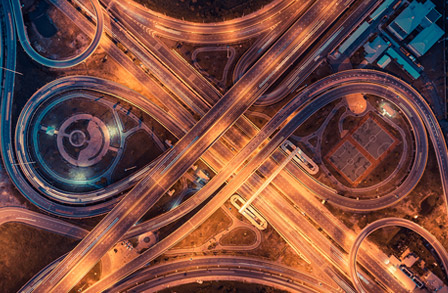 Both individuals and multinational corporations can access MAP in the jurisdiction in which they are resident. There is also generally no minimum requirement on the amount of tax in dispute for accessing the MAP. What is required is taxation not in accordance with the treaty. Additionally, many tax treaties provide the possibility for MAP in other cases not covered by the treaty.

The process for initiating a MAP is relatively simple, and most countries have designated tax authorities that deal with requests for MAP that are initiated by taxpayers. As a general rule, tax authorities require prospective applicants to submit a formal MAP request. Such requests will require certain information and documentation to be provided, including, generally, at a minimum:

Once the MAP request has been accepted by the tax authority, it will negotiate with its counterpart in the treaty partner country. The applicant is not directly involved in MAP negotiations. Once an agreement has been reached, the applicant is normally informed in writing, and an explanation of the result will be provided. If the outcome is accepted by the taxpayer, written confirmation of the agreement will be exchanged between the tax authorities and sent to the applicant. Relief will then be administered in accordance with the agreement. If the taxpayer does not accept the agreement, the MAP process will generally be deemed to be concluded with no adjustments made.

MAP can be initiated separately from domestic dispute resolution mechanisms. A level of consistency, however, between the facts and arguments presented in domestic proceedings and those presented when filing for MAP in the country of residence is always preferable.

Furthermore, it is important to consider the impact of any domestic dispute settlement agreements on the applicant’s ability to obtain relief from double taxation later as part of the MAP process, as settlements on disputes associated with cross-border transactions can limit the ability of the taxpayer to be relieved of double taxation.

This is mainly due to the fact that such settlements can restrict the practical negotiation between tax authorities: the position as agreed by the applicant with one tax authority may not necessarily be agreeable to the other.

With increased tax scrutiny on cross-border transactions, cross-border disputes are on the rise. While MAP cases are increasing year on year, it is still an underused tool mainly due to the lack of understanding of the process involved and perceived legal and practical obstacles. The MAP process is likely to become more effective in the future as tax authorities interact more closely with each other as a result of BEPS. MAP-related meetings and conferences taking place at an international level have already gone a long way to broaden and strengthen bilateral tax authority relationships.

MNEs ought to consider more proactive use of the improved MAP, taken together with similar developments in other countries around the BEPS minimum standards, as a viable compliance risk management tool. Although double taxation is often a precondition in transfer pricing cases that end up in MAP, it is important to note that all issues concerning taxation not in accordance  with tax treaties are eligible for MAP.